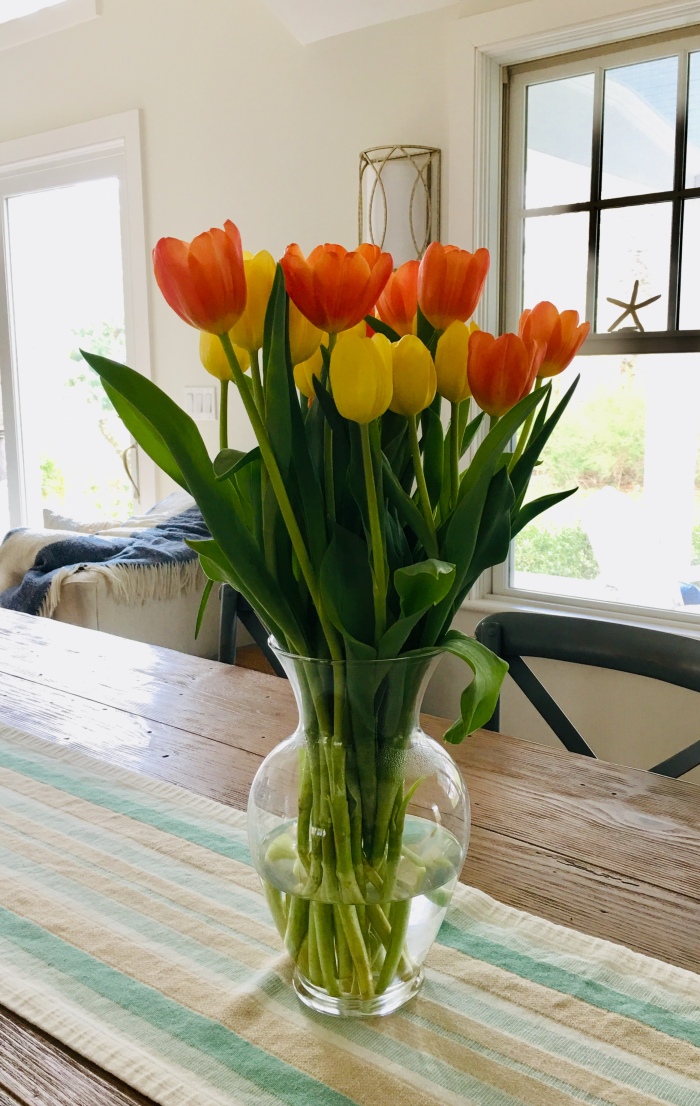 When I was in the first grade, I had to have my seat moved across the classroom from a boy because I was busy playing “footsie” with him and distracted from my work. “Footsie” a term used for flirting back then, I guess. First grade and I was flirting. Jesus! For as long as I can remember, I always had my sites on someone. Heck, in the sixth grade, my friends and I staged an all out mock wedding on the bus so I could “marry” my elementary school sweetheart, complete with a cigar band ring. When I think of it now, I shake my head. Sixth grade…married. We had a “priest”, bridesmaids and everything. And all under the time constraints of the short bus ride home. My point? I must have known at an early age that I was never meant to be alone. I have always wanted to be part of a couple. Why? Maybe it was because my parents partnered and loved each other so well that I was raised to believe that being part of a pair was what true happiness was. You know what? It was…for me. Meeting Paul, after many failed attempts at love, was where I found my home. It was where I felt most complete. My heart was truly happy.

I’ve been thinking about this for several days now. I was never meant to be alone in my life and I’m not meant to be alone now. I don’t do it very well. In fact, I hate it. I found my home with Paul and I wanted to remain there “until death do us part”. I think I thought that meant my death. How wrong I was! Never did I truly understand what life would be like without Paul in it. It is devastating. Lonely. Unhappy. Unnerving. Empty.

We were absolutely meant to meet. Both of us, after many trials and failed attempts at love, found each other in just the right moment…the rest as they say was “history”. We complimented each other in just the right way. We loved, respected and cared for each other, always having each others’ backs, no matter what the situation. We worked together both professionally and personally, carving out a life that was full of love, creativity and happiness. We shared a family which we loved with all of our hearts, always moving towards the sun.

Now…I stand alone and I have never felt so all alone. My heart was buried with Paul and I can’t seem to move on. I have tried…truly…but I am not as strong as I pretend to be. Even with my family and friends around me, I feel alone. I don’t want to, but I do. I feel like I am in a isolated capsule with everyone revolving around me, but I can’t seem to grab on to where they are going. I’m on the outside looking in. This new lens is cloudy and I don’t seem to be a part of it. I can’t get a clear picture anymore.

I used to love the change of seasons…but now the seasons only serve as a reminder that time is still moving and I am alone for it, waiting for the day when I will finally join him. I would give nothing more than to have that feeling go away. This feeling that I am existing, walking through my days a mere shadow of my former self is morbid. Once in awhile, I’ve seen a glimpse or two of myself peeking through, but lately “she” seems to be gone again. It feels a bit like groundhog day. Get up…do all the things…go back to bed and it happens all over again the next day. I can’t seem to feel any joy. I can’t seem to find it in anything I do. I keep reaching and tugging at it, but it escapes me.

Recipes showing step by step directions with pictures and a printable recipe card.

True wealth is the wealth of the soul

Confessions of a Doctor to be
Krishna Poetry

Living, Laughing, and Loving while Abroad

One mans words with God

Gods thoughts to me, while studying his word.